Reveling in the whimsy and wonder of life

After a couple days of serene leisure in Tangalle Beach, EZ and I were recharged and primed for a safari adventure in Yala National Park. Our time in the area happened to coincide with the New Year’s holiday. Sachika from Janaka Safari picked us up from our hotel at 5:00 a.m. EZ and I climbed … END_OF_DOCUMENT_TOKEN_TO_BE_REPLACED 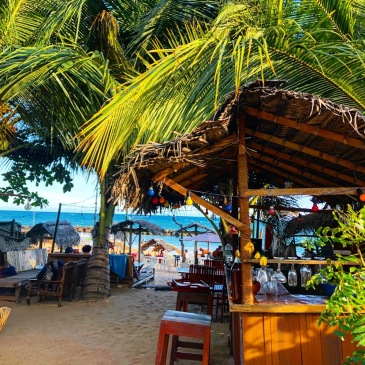 From the curving tropical shoreline and gentle waters of Mirissa Beach, we continued along the south coast to Tangalle Beach, an impressive sweep of sand and crashing waves. The Beach In the main part of Tangalle, the fringe of coconut trees is set farther back from the water, like a mirage across a stretch of … END_OF_DOCUMENT_TOKEN_TO_BE_REPLACED 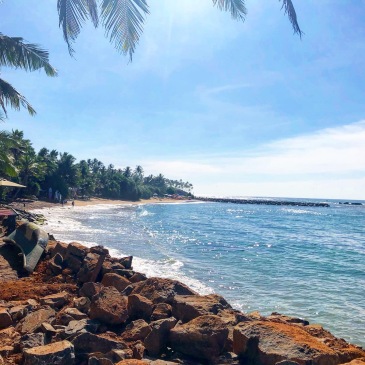 From the European atmosphere of Galle Fort, we traveled south to the tropical beach town of Mirissa. Not only does Mirissa have the most beautiful beach I’ve ever seen, it also happens to be my father’s birthplace and hometown. The Family House My dad grew up in Mirissa, along with his cadre of older brothers … END_OF_DOCUMENT_TOKEN_TO_BE_REPLACED

After Colombo, Galle Fort felt a bit like another world, or at least another country…a European villa, perhaps. That’s because Galle Fort was built by the Portuguese in the 16th century, fortified by the Dutch in the 17th century, taken over by the British in the 18th century, and claimed by the Sri Lankans in … END_OF_DOCUMENT_TOKEN_TO_BE_REPLACED

I live for anecdotes.

Retired and travelling - it doesn't get better than this!

Explore the world with us

But poetry, beauty, romance, love, these are what we stay alive for

Musings and books from a grunty overthinker

NO RULES FOR THIS GAME

writes a short story every week

The Casual Way to Discuss Movies

Reveling in the whimsy and wonder of life

A girl travelling around the world on a motorcycle.

Valuing quiet and solitude in academe.